The Above & Beyond Awards Committee is a student led group that was formed 4 years ago at the Midd-West Middle School by three students to recognize a peer who goes above and beyond the likes of most folks in an effort to make their school or community a better place to live.  With this goal in mind, they teamed up with Mr. Bill Stuck, their Technology Education Instructor, and set out to develop the criteria the award recipient would possess, determine the multilayer recipient selection process, and fabricate the award. After doing all of those major aspects, the Committee also presented the award to the recipients at the end of the year school wide awards presentation.  The inaugural Above and Beyond Award presentation and award establishment was appreciated and well received. The committee had wisely comprised itself of both 6th and 7th grade students so that the following year, experienced students would have an easier time continuing with the award process.   Since the time of its formation, the Above and Beyond Award Committee has expanded the range of awards it makes and changed it’s the Student Awards Committee.  This group of interested students has taken up the challenge of fabricating some of the most prestigious awards the school district presents. These stained-glass horseshoe awards are presented to the high school Valedictorian and Salutatorian during commencement. These horseshoe awards are also presented to middle school students who are recognized for the highest grade level GPA award and the Mustang Pride Awards. The Above and Beyond Award has changed in design every year for the past 4 years, but with each new design using visual aspects from the previous year’s design.  For the 2022 award, the students have teamed up with Ms. Wanda Stamm, the current stained glass artist resident, and together they have designed and fabricated a stained-glass mustang horse head using grey and blue glass to create the 6” tall panel.    The panel will be set to stand upright in a horseshoe shaped wooden oak base. 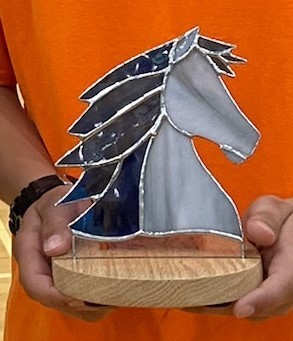 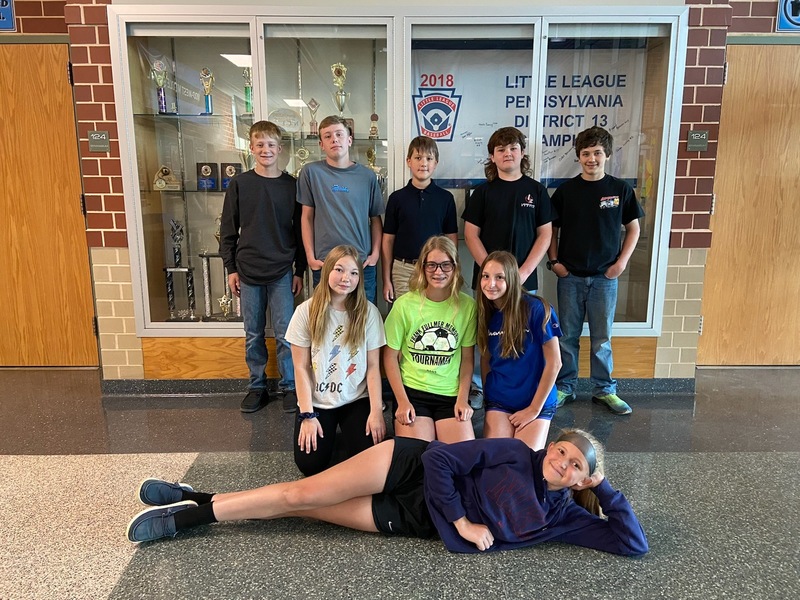