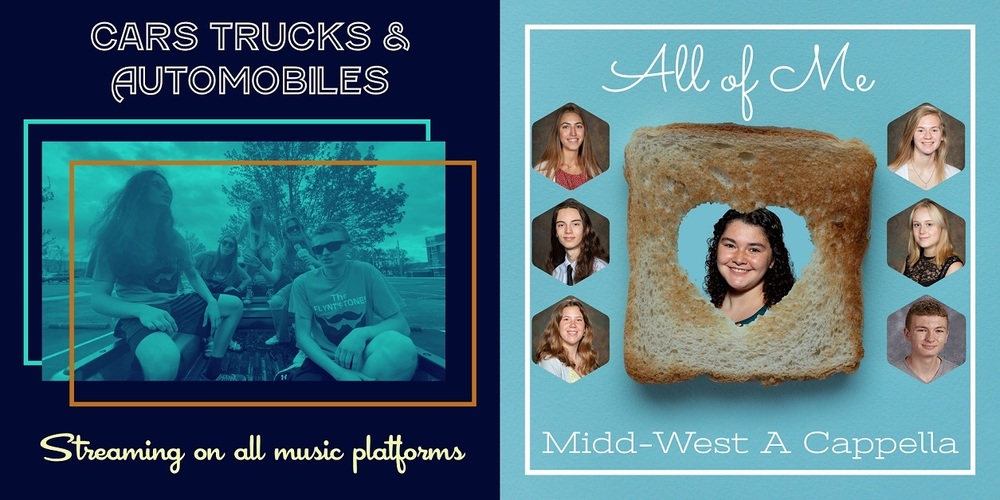 On Wednesday, May 11th the Midd-West A Cappella Ensemble performed their very first stand-alone concert.  They also released two singles and a music video.  The first, “Cars Trucks & Automobiles” is original composition by their director D.R.Flynt, and it features a group of Midd-West A Cappella singers known as “The Flynt’s Tones”.  The second single is a cover of John Legend’s popular hit, “All of Me” — and it features Morgan Andretta (Midd-West Class of 2021) as a soloist.  Both songs are available on all major music streaming services; including Spotify, Apple Music, and Amazon Music.  “Cars Trucks & Automobiles” was also released as a music video, which can been viewed on YouTube and Facebook.  Click the links below to listen/watch.  All proceeds generated from the streaming and downloading of this music will go to the students and programs of the Midd-West High School Vocal Music Department.